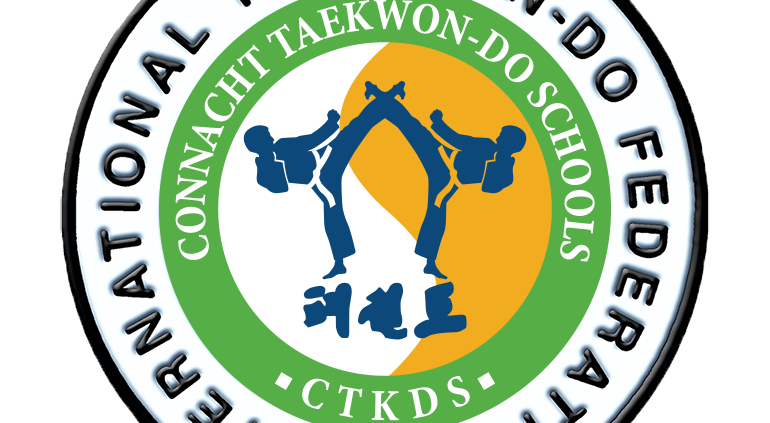 This article is the author’s interpretation of, and thoughts on the “Training Secrets of Taekwon-do” and not a representation of the opinion of any other person, institution or organisation.

These nine items provide a roadmap to guide us through the correct performance of the many techniques found in the Encyclopaedia of Taekwon-do. This article is my understanding of the 9 “secrets “and how I apply them to my training and to that of my students.

1. To study the theory of power thoroughly

The theory of power (Him Ui Wolli) is a substantial enough section that one could devote an entirely separate article to it. However, for the purpose of this feature, a summary is essential. It consists of 6 items – Mass, Breath control, Reaction Force, Concentration, Equilibrium, and Speed. I will endeavour to explain each of these items in the context of delivering a single, devastating, blow to an opponent. We need to discuss power in terms of the classical physics equations F=MA (Force = Mass X Acceleration) or more importantly P = ½ MV2 (Kinetic Energy or Power, used loosely, = ½ x Mass x Velocity2). For anyone whose eyes have just glazed over at these formulae, please bear with me, as I promise it will be worth it. I will discuss this subject in the context of delivering a blow, whether to either an opponent or a stack of tiles. The principle is the same.

All other things being equal, out of two opponents, the person with more mass is expected to hit harder. This is true, to a point. I would argue that, all other things being equal, the person with more lean mass should hit harder. After all, excess fat is more of a hindrance than an asset. In theory, if we could increase our body mass, just for an instant at the moment of impact, doesn’t it stand to reason that we could generate more force at that moment in time? In the heat of battle, there is no time to run to a weights room to build muscle, or eat a meal to add some extra kilos of weight. This is why, in Taekwon-Do, we use sine wave. Sine wave helps us to increase body mass at the critical moment of a technique by utilising a force known to us all as gravity. A falling object increases in mass due to gravity. If I lower my body at the moment of impact, the temporary increase in mass helps me to generate more power. Sine wave (which I’ll explain in more detail later) simply takes the everyday phenomenon of gravity, and uses it to our advantage to generate more power.

Correct breath control is an essential component in bracing the body for impact. Consider trying to push a car: what is the most normal breathing pattern with this exertion? Isn’t it to exhale with each effort? Imagine trying to inhale with extreme effort, or even hold your breath during a sustained effort. We learn in Taekwon-Do that the entire body must act as a harmonious unit to produce maximum power in a technique. Exhaling at the critical moment is an essential part of this process as it helps to brace the core providing much needed stability when delivering a powerful blow.

Newton’s Third Law tells us that “to very action there is an equal and opposite reaction”. For example, when you sit on a chair, the chair exerts the same force on you as you are exerting on the chair. If the chair didn’t apply that equal and opposite force, then it would collapse under you. The Encyclopaedia of Taekwon-Do explains that there are two types of reaction force relevant to us: that of the opponent’s reaction force when we strike, and the reaction force of pulling the opposite hand to the hip (or other designated area). Key points of applying our own reaction force are ensuring that both arms at travel the same distance and speed, and stop at the same instant.

This refers to both the concentration of all major muscle groups at the moment of impact as well as the concentration of the blow through the attacking tool, e.g. forefist. To help ensure an effective blow, all the muscles involved in the movement, as well as the supporting muscles, must tense at the critical moment to avoid leakage of energy. The Encyclopaedia of Taekwon-do uses the example of a hose spraying water to illustrate the second feature of concentration. If the hole in the hose was reduced while maintaining the same water pressure, the force of the water sprayed on an object would be much higher as a result of the reduced area. This is why the forefist consists of two knuckles instead of four.

This simply refers to balance. There are many factors involved in having good balance, e.g. proprioceptive feedback through the neuromuscular system, etc… We use stances in Taekwon-do to teach good movement and balance at all times. E.g. walking stance is appropriate for certain situations, sitting stance for others, etc… The base of support is critical. Consider how stable a pyramid is… Now imagine it turned upside down…

I saved the most important component of theory of power for last – Speed. If I may borrow from a road safety advertisement – “the higher the speed, the bigger the mess”. If we consider the equation given previously, where Power = ½ x Mass x Velocity2, let’s assume all other factors such as breathy control, etc… remain the same, but change mass and speed.

Take the athlete’s body mass to be 50Kg and the Speed to be 10metres/second:

What if it were possible to increase the increase body mass by as much as 10% using sine wave:

We can see that the Power has increased by a more dramatic 21% [3025-2500 = 525 or 21%] Thus, increasing speed has the most dramatic effect on increasing power because, in the equation, speed is squared.

2. To understand the purpose and method of each movement clearly.

This seems like a no-brainer. However, it amazes me how often my students forget a likely application of a movement from a pattern that I taught them. This is often discovered upon incorrect performance of the movement. I often find that incorrect performance of a movement is not down to lack of skill but may be as a result of misunderstanding the purpose of the technique. Taekwon-Do tul, I believe, are best demonstrated when the performer is visualising the application of each movement. Visualisation is not possible if the performer doesn’t understand the purpose of the movement. Grandmaster Choi, Jung Hwa, the son of the Founder, explains that purpose and method are intrinsically linked when he says “if you know the purpose, you can figure out the method. And if you know the method you can figure out the purpose.”

Want to join the discussion?
Feel free to contribute!